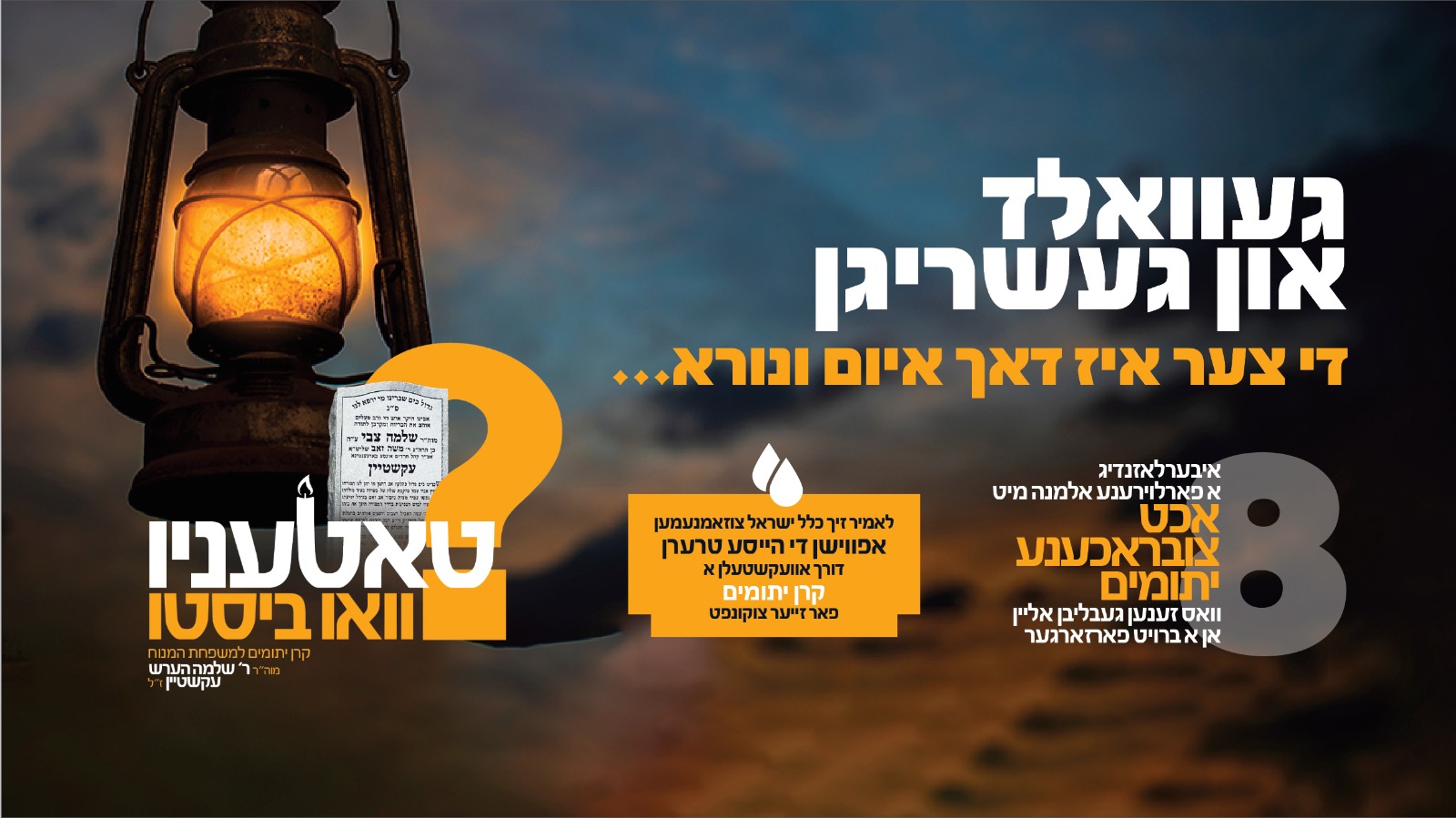 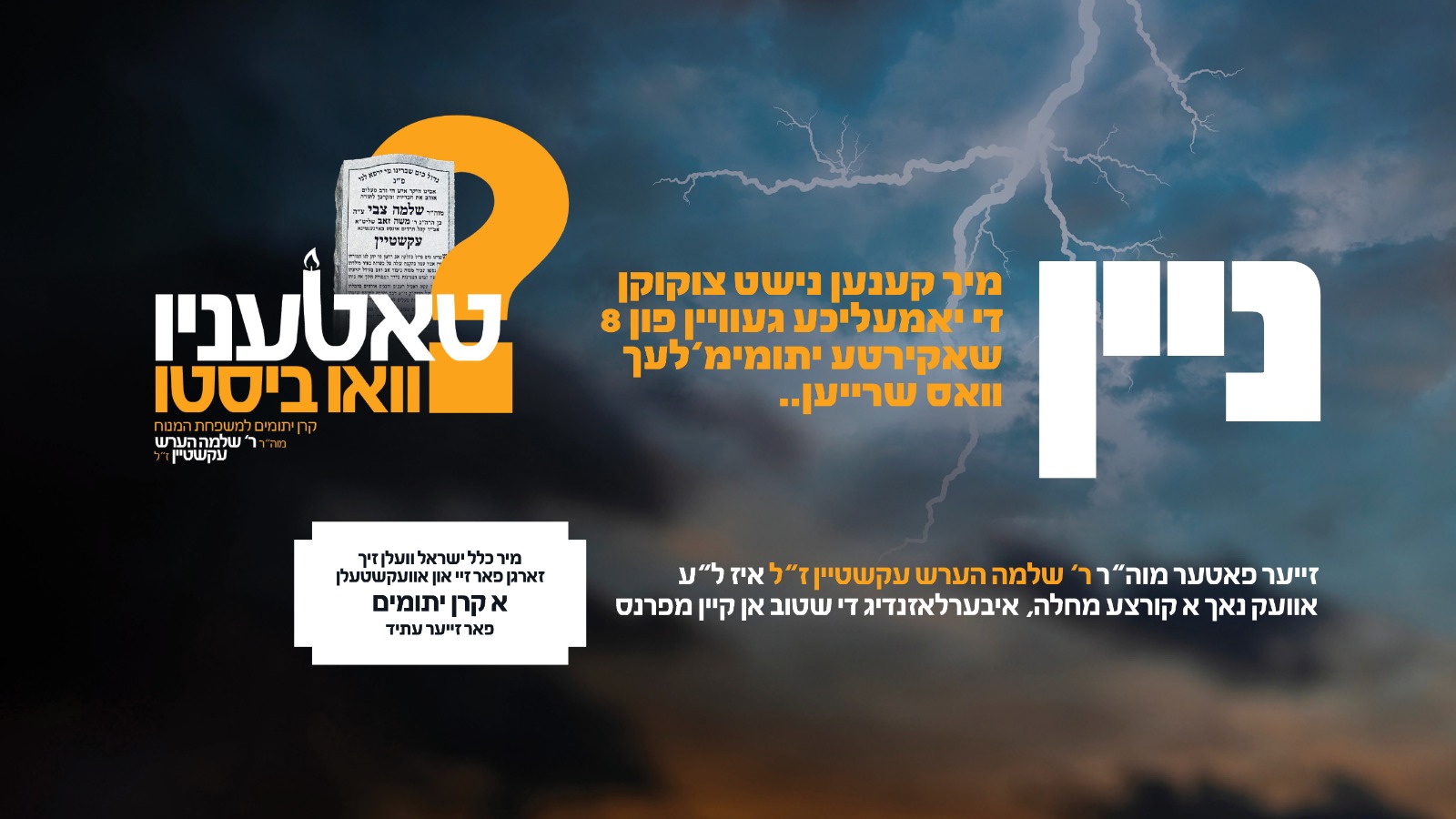 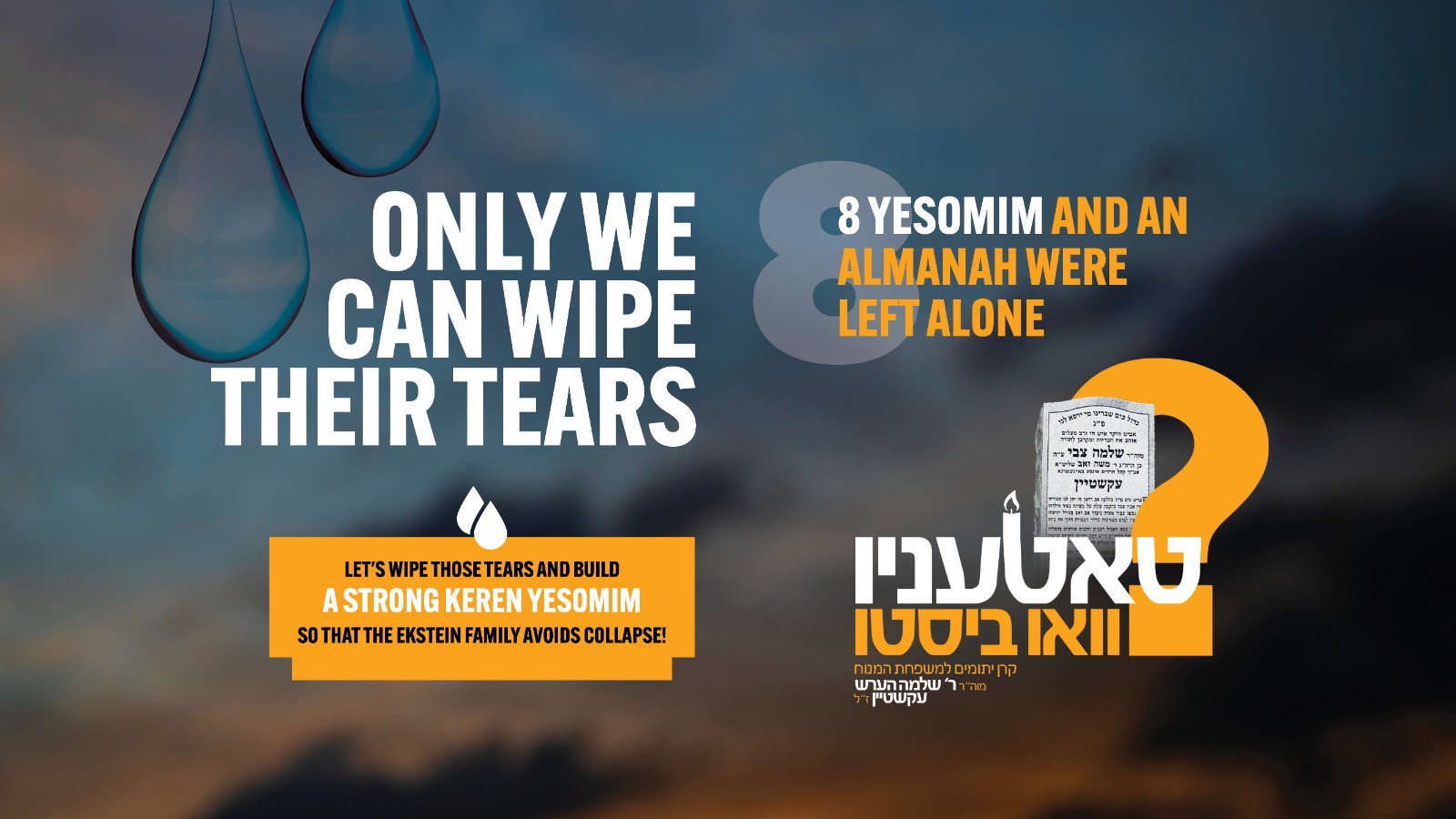 THE WOUND THAT WILL NOT HEAL

It wasn’t supposed to end this way.

The tear-filled eyes and crestfallen faces at the gut wrenching levayeh of our beloved Shlomo Hersh Ekstein A”H conveyed the shock and profound anguish that befell all who were lucky enough to know him.

Only weeks before, we were all relieved upon hearing that he was recovering well from surgery and well on his way to resumption of a healthy life. That relief was suddenly shattered when, during his recovery, he went into septic shock without warning, tragically and rapidly returning his pure neshama to his creator.

The news hit the community like a ton of heavy bricks. But nobody was hit worse than the almanah and 8 yesomim who were suddenly left to face life on their own, — without their breadwinner, family backbone and loyal patriarch.

The tears haven’t stopped falling since.

Reb Shlomo Tzvi (Hersh) Ekstein was a man whose mere mention of his name brought a warm smile to every face. A true talmid chochom — he completed Shas before marriage — and a man of selfless chesed and boundless warmth, he opened his heart and home to any Yid in need. Even in the dark days of his illness he would not cease to arrange assistance for others and continued to perform his avodas hakodesh from his hospital bed.

And this love was only matched by the devotion he showed to his own family, specifically his soon-to-be almanah and eight children.

A family in crisis

The emotional and personal weight of this unimaginable loss makes it easy to forget the devastating real world implications that his passing has on the family he left behind.

Who will now feed them?

Who will provide them with a stable home life?

Who will lead them under the chuppah?

Let’s join forces to launch a strong and stable keren yesomim that will look out for the family and provide them with a secure financial future. It is in Klal Yisroel’s hands to ensure that they have food to eat, a roof over their head, and are able to get married with dignity.

In this zechus, we will surely merit the guarantees promised by the Avi Yesomim to those who support his orphaned children. May our tzedakah ensure that we only see simchas in our own homes. Umein.

Call our automated phone system and enter the dryver's extension